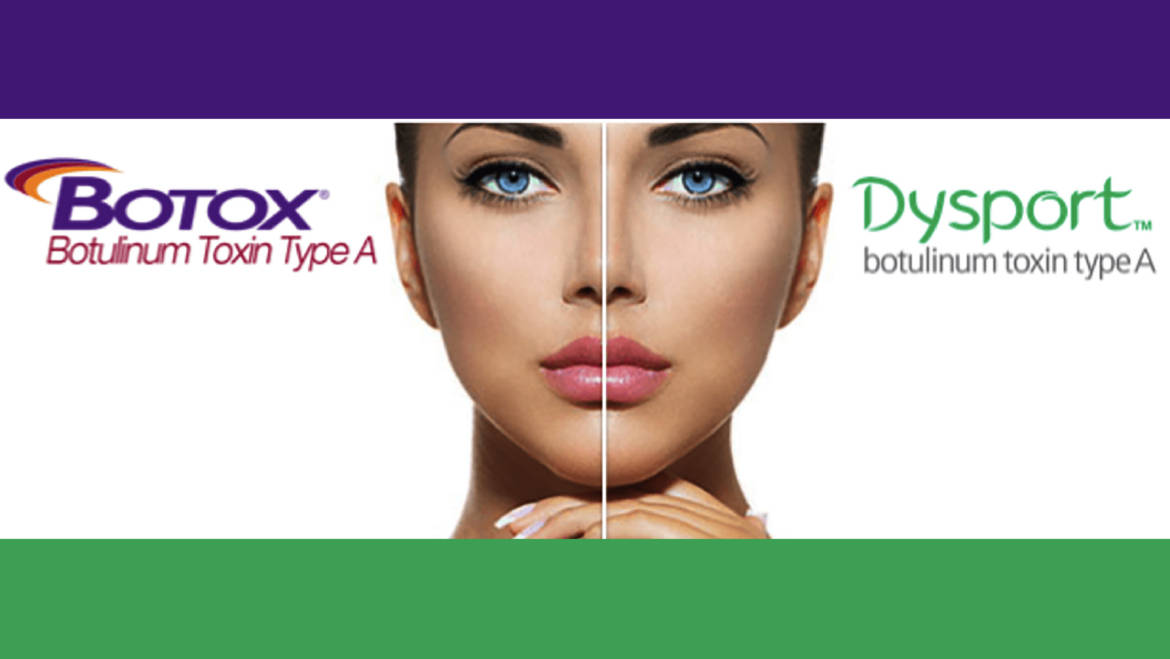 What is the Difference Between Botox and Dysport?

I think by now we all have heard of Botox before, whether you saw a celebrity who went a bit overboard and looks straight up frozen or your 55 year old high school friend who looks flawless,we’ve all seen the great and not so great effects. Dysport, on the other hand is new to the US marketplace as of 2009. So many clients ask, “ Well what’s the difference?”, here we answer that question!

Botox and Dysport are both a form of Botulinum type A which is an injectable used to temporarily relax facial muscles. Botox, which is made by Allergan and has been around for over 20 years, has been marketed so well it has become a household name. Dysport, a new competitor to the marketplace as of 2009 is marketed by Medicis, this is the same company that brings you Restylane, a very popular Dermal filler. Although Dysport is new to the US it has been in Europe for quite some time and was formerly known as Reloxin.

9 out of 10 people say “ Pass me a Kleenex”, not “Pass me a Puffs”, similarly clients arrive saying “I’d like Botox” not even knowing that Dysport exists. Allergans marketing budget is reflected in the price of Botox, as it is typically a bit more expensive. Another notable difference– Dysport has a slightly quicker onset ; 2-5 days vs 4-7 days for Botox.

It’s like comparing apples to apples, some may prefer one to the other although they are generally the same product and produce the same results. Whom the patient chooses to inject the product has a much greater effect on their results than the physical product in regards to Botox and Dysport!

What is the Difference Between Botox and Dysport?

Connect With Us:
Transformations Med Spa | All Rights Reserved | Web Design by Wallfrog